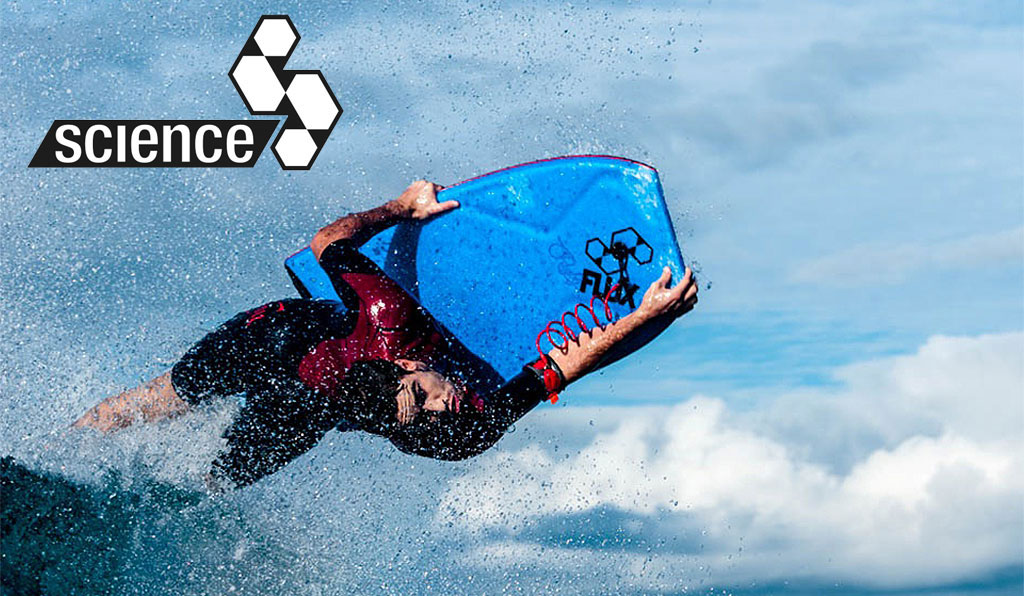 From Beginner to Elite, Science Bodyboards give you an unmatched pedigree from which to excel your performance. Founded by Mike Stewart, a legend whose accomplishments include 9 World Championships and 11 Pipe Titles, you get boards and gear that’ll take you as far as you want to go.

In the hall of fame, Mike Stewart Science’s founder has his Science Bodyboard, fins and Bio on display.  A credit to the man, his achievements and his bodyboards

Refined from an evolutionary series of winning shapes, materials and setups, Science bodyboards are proven to give you fun and results.

With a heap of new gear Science Bodyboards has great options for your boarding. There’s a whole new standard to specify your board based on the water temperature where you live to help you choose the best ride. As a special edition, one of Science’s proven performers is updated. There’s also a Science Gyroll wetsuit collection that will get you surfing longer, warmer and in comfort. Let’s check it all out.

Celebrating their 20th birthday Science has released a special edition EZero model. It’s the same design as Mike claimed his historic 11th Pipe Masters win. Showing how the more things change the more they remain the same this board’s classic look and features are still great. It has what is now the classic universal shape with crescent tail. A very flat fast hull and no channels. The PP core has a single RCS stringer, 55/45 rails and genuine Dupont Surlyn slick. What a great board to ride through 2021.

Did you know that your board performs differently in different water temperatures? Flex and recoil are both great affected by the climate you’re surfing in. So that you can consistently surf to your personal preference Science has come up with the Science Flex Factor. This is a rating from F1 to F10 that indicates the flex characteristics of Science boards. F1 being the stiffest composition and F10 being the softest. So using mid flex as a guide, if you’re surfing in the tropics you’ll know a lower F score will give you the same flex and recoil as an higher F score will in the cold. This rating also gives you a way to experiment trying different F flex, or different constructions, with the flex you like.

Mike lending his expertise to Gyroll has resulted in a great collaborative wetsuit collection that will keep your surfing longer, harder, in comfort

To perform your best you have to feel your best in the water and Mike has lent his expertise to Gyroll Wetsuits. The result is a Science Gyroll collaborative wetsuit  range that will keep you going harder longer. Features include being zip free with minimal seams so your riding surface is clean. Less seams also means there’s less places for water to enter keeping you warmer. With less seams your suit is also more durable. Performance fleece covers you all the way from your knees to wrists giving maximum warmth. Forearm grip cells are a hardcore bodyboarding customisation. The suit’s eco features include limestone based neoprene and non-toxic glue sealing the GBS seams.

Above and below. Science Bodyboards Team Rider Shayden Schrader absolutely going above and beyond. Science’s model lineup clearly working for him

Three key models make up the core of the Science range. Called the Template Series these boards are each optimised for core moves. So each addresses how you want to surf, and how best to attack specific surf conditions.

The three models come with many custom variations based on tech innovation to suit your personal preference. There’s also additional boards in the Science range. However the three Template models are a good starting point from which to understand Science’s super comprehensive approach to give you the best ride.

Science Bodyboards Team Rider Damien Prisk on rail, in control, on his Pocket Spec. He should have too much speed, being forced to straighten. Instead here he is in the power of the pocket in control carving to the lip

The first model in the range is the Pocket. This board is optimised for surfing in the pocket, this being the steep over-vertical section of the wave. To do this the board shape and materials are combined to give you maximum control.

In the first instance this means you’re not going too fast or too slow. For example falling out of the lip when you hit bottom you’ve got the control to pull the board into a turn to drive to the lip rather than having all that speed push you down the line. 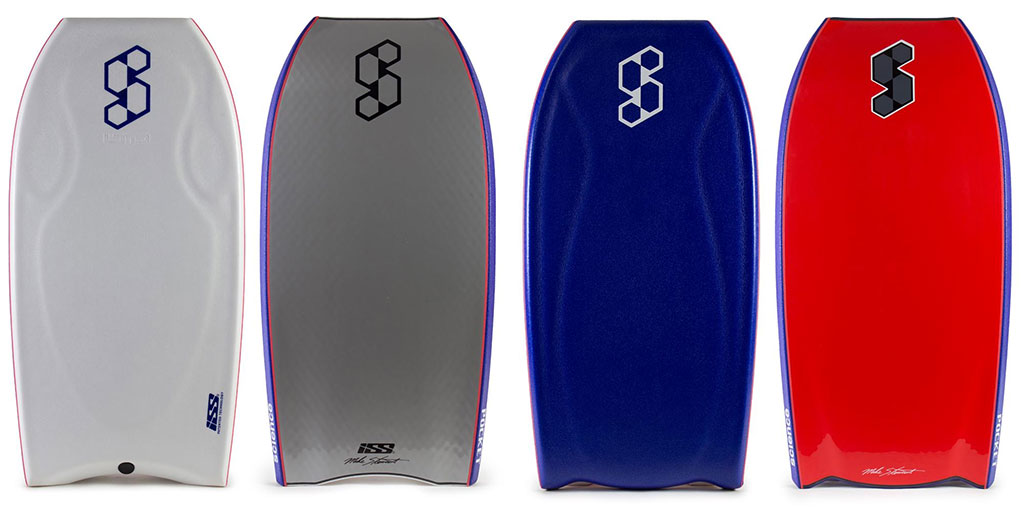 The Pocket is optimised to help you go from rail to rail with a single stringer setup. You’re not stuck to the wave face but can get the board on the rail drawing a line for your turn. When you hit that turn you can instantly carve back onto the other rail, back to the power.

The template is forgiving so while helping carving you also get speed bursts so you’re not feeling the board go dead beneath you as you transition.

Coming in a KPP setup, Kinetic Polypropylene,  it’s got a great core giving you flex along with compression and lengthways strength. So this equates to recoil, liveliness, spring and projection out of turns. The KPP is also 100% waterproof. A single REX stringer further adds recoil, the spring out of turns. The slick is quality, coming in HDPE, with a high end option of fast Surlyn. 55/45 rails give just a touch of speed without sacrificing manoeuvrability.

Twin stringers to tone down flex and increase durability and a Bat tail for speed are options. 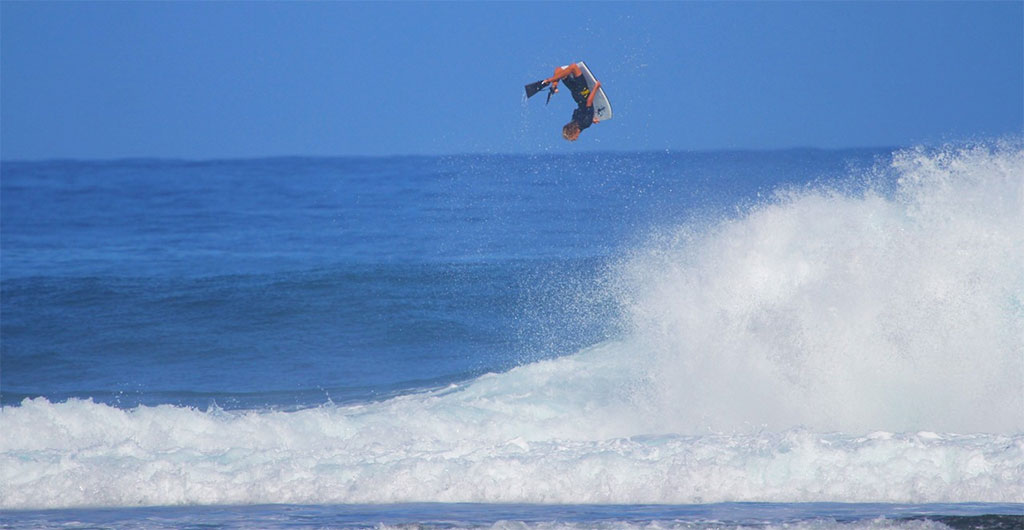 Above and below Science Bodyboards Team Rider Tanner McDaniel on his Launch Limited. That is a launch!

The Launch is all about giving you air time. The way it does this is with a straighter outline template and speed enhancements. The straighter rail line gives you flat out speed and along with the template helps you hold a line. So if you’re driving to the lip and getting lump up the wave face this board will hold better getting you there with speed. You won’t get bogged down or have unwanted flex washing off speed. Hitting the lip you can launch into your planned move. 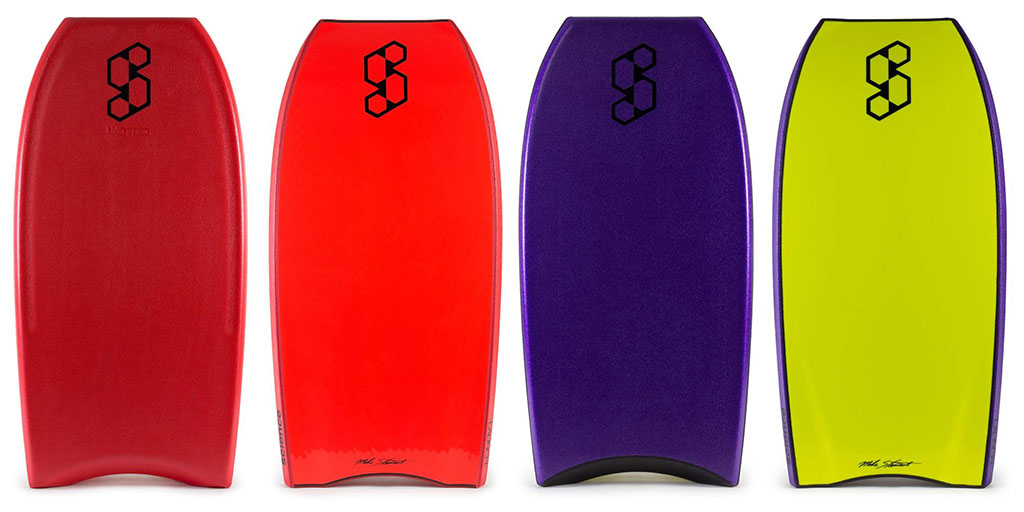 This speed is balanced with a KPP core and a single stringer, so it’s somewhat similar to the Pocket. You need some control to be able to get your position right, setting up for that section or ramp. Once you’ve got your line you can let the board go and it’s natural speed with give you launch.

If you want still more stiffness, overflexing can be limited with the addition of dual REX stringers, or deck and slick mesh in an oval application. These options keep the board flatter overall and add more dynamic recoil. This means when you do get the board flexed you get an energy boost as it flexes back to its original shape springing you into the next turn.

Mike Stewart himself on his Signature Style Loaded

Everybody wants to be the Style master. So this model gives you versatility, all round performance balancing speed control and manoeuvrability. It’s great for your daily surf where there’s some waves and sections that are sucky and powerful, other’s presenting lips, and other’s mushy.

You can still carve where there’s a pocket but rather than having to carve back to the power you get a little extra speed to setup a launch. As you get to that launch section you may find the wave’s fattened out. So you can easily get release for a reverse. With the Style you can mix it up. 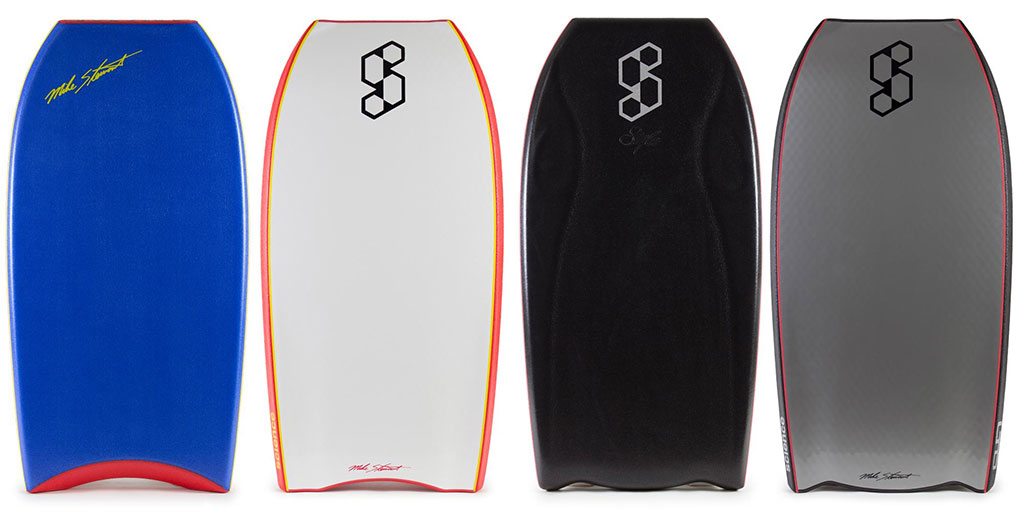 Most versions of the Style feature a KPP core. The single REX stringer is complimented with mesh giving an overall consistent feel to the flex. So not matter what the waves are doing you’ve got confidence in how the board will perform. There’s also versions with added elbow and hip grooves for maximum engagement. 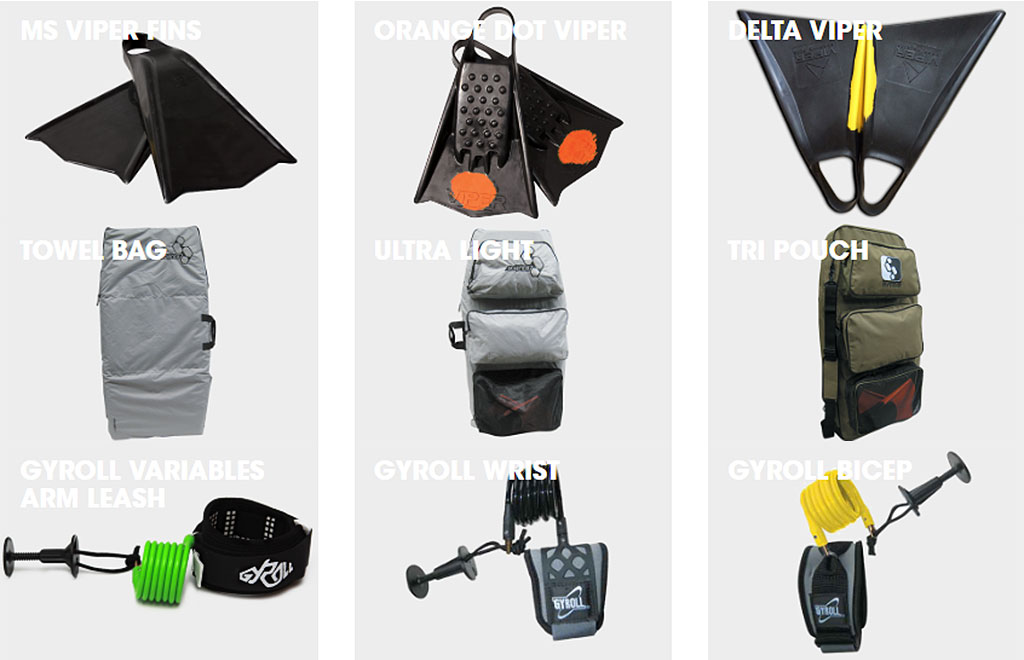 A sample of Science Bodyboards’ accessories. Everything you need to go hard

In addition to the boards, Science offer a range of accessories to give you that edge to be your best. So you can go as hard as you want.

Science has a full range of boards. Above we’ve covered the three key models to indicate how Sciences can give you success in three key areas of bodyboarding. Pocket surfing, going for launches, and all round versatile styling. Science also has bodyboards from entry level to those for large size surfers. Science Bodyboards take your bodyboarding to the next level.